High Security Locks For Better Security In Your Home Or Office

Increase Your Home Or Business Security With High Security Locks!

High security locks are a cut above standard security, with the ability to withstand greater tampering forces.  Typically, this refers to someone attempting to breach the lock with prying or impact forces, and standard locks aren’t designed to withstand such punishment for long.  In short, there is a difference between a lock that is merely built to close a door, and one that is built to keep it closed.  That difference isn’t subjective, either, as high security locks are rated as such, and have been tested as proof. 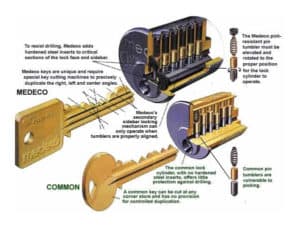 There’s no secret behind what makes a lock more secure.  It’s just engineered to be stronger and more durable.  However, home and business owners shouldn’t take a lock supplier’s word for it when they claim to offer a high security lock.  Inquire about the lock’s brand and grade, as this will provide more information than anything else.  Some features of a high security lock include: 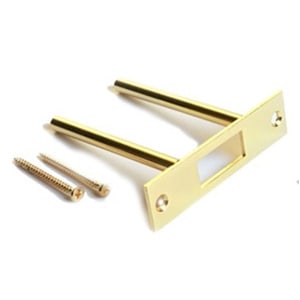 For the extra security that quality deadbolts and strike plates offer, they take little effort to install.  A reputable locksmith is capable of installing high security hardware in a matter of minutes, making it the easiest security upgrade a property owner can invest in.